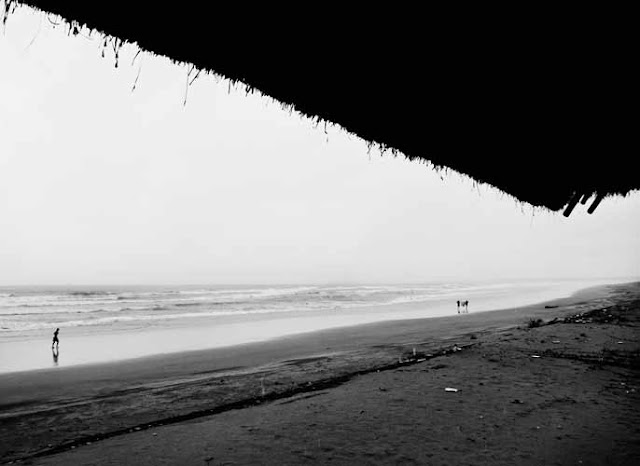 I was in Tarkali in Konkan area of maharashtra(India) during the monsoon season. It was raining heavily and most of the fishermen were not able to take their boats to sea. But, they still need to catch fish everyday for livelihood and so their best bet is to try catch from near the shore itselft. Whatever they get, they thy to sell in the auction market and earn to care care of their everyday expense.

This shot was shot on the shore itself where the kid initially hesitated to go ahead with his parent to catch the fish as it was raining heavily. But, there was sudden in his mind and he decided to go and help his Dad during these tough times.